Best Anime Series You Can Watch on Netflix - Gutted Geek

Having reviewed the main paid services to watch anime and those they are not linked exclusively to Japanese culture, it remains clear that, for now, Netflix has become a paradise for anime fans. And that still has a lot to improve, especially in the face of some classics.

That is why it is time to do another review, this time for the best Netflix anime. In addition, ordered by duration, from lowest to highest, to see at a glance which ones are most prone to marathon sessions and finish them. 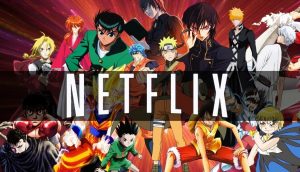 After millions of years frozen in ice, demons have invaded Earth. Ironically, humanity’s salvation rests with a demon boy. This anime is based on that 1972 Devil Go Go Nagai.

One of the least media animes offers us a most interesting journey through time. Satori Fujinuma wakes up 18 years in the past, with the possibility of saving his murdered classmates … And so far we can read. He also had a Live-Action series in 2017, with a very good reception. His film, by contrast, lowered the bar a little, and that starred Tatsuya Fujiwara, the one who had played Light Yagami in the Japanese film of Death Note in 2006.

One-Punch Man lives up to its title, as it’s about a superhero who can take down anyone in one fell swoop. And of course, its protagonist has to fight against boredom … leading to a series of the most hilarious.

Although technically it is not an anime per se, it does have a very marked Japanese aesthetic. And it is also one of the most renowned “Netflix Originals”. Besides, let’s not forget, it comes from a video game with 30 years of history. This Castlevania series continues to last a breath, despite the increase in episodes from the second season. So you can see it with a feather whip.

Hi Score Girl is one of the latest sensations on the Internet, especially for all video game lovers and more specifically fighting games like Street Fighter. Because Akira Ono, the rich girl from class, is an expert. And that drives Haruo Yaguchi crazy, because before he was the king of the arcade room.

Yes, this Shinobu Ohtaka anime is inspired by the tales of The Thousand and One Nights, this Magi: Adventure of Sinbad being a spin-off from the 2009 manga. It is starred by a magician, long before he became King of the Seven Seas.

Made in Abyss is based on the self-titled manga by Akihito Tsukushi, which premiered in 2012. It deals with the story of a young woman (Riko) who tries to unravel the mysteries that hides an infinite abyss along with the help of the humanoid Reg.

Your Lie in April

If you like series where music plays an essential role, you will love Your Lie in April, since its premise starts from a very talented boy with the piano that is played by the death of his mother. There he will meet a very outgoing violinist who will regain his love for music and life.

Knights of Sidonia is another “Netflix original” anime where there is an alien race. The difference is that these aliens (Gauna) destroyed the Earth a thousand years ago, and the humans who were able to escape survive aboard huge spaceships. Logically, they are not yet safe.

Here concludes our review of the best Netflix anime you should see. For the sake of making a list focused on all kinds of audiences, we have left in the pipeline other equally essential series such as Tokyo Ghoul, Assassination Classroom, Rurouni Kenshin, Fairy Tail, Inuyasha, Hellsing Ultimate, No Game No Life or Your Lie in April, to name just a few. Fun is guaranteed!